One thing that came out of my visit to Portugal ten days ago was how they love their bookshops and libraries. The culmination of a visit to Coimbra was to enter the old university library, one where bats come out at night to feast on insects which would eat the books.  JK Rowling used to teach English in Porto and knows this story and also the black capes worn by the students. Did they infiltrate the pages of Harry Potter? I think so. It is a magnificent place. 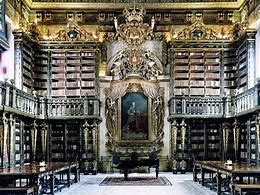 We also found a bookshop in a church in Obidos. Not just a corner of the church, you understand, but the church was now a bookshop. A comfy seat under the altar provided for browsers.

Then, of course there  was the bookshop in Porto where you had to pay to enter.  It is said that Lello Bookshop inspired Hogwarts. The previous owner had so many people visiting that ordinary browsers couldn’t enter. The danger was that the shop would fold. However, it was sold and the new owners began to charge an entrance fee, refundable if a book was purchased. The shop was saved, it fame spread and now it is probably one of the most visited bookshops in the world as well as the being the one with the most wow factor.

I ought to be more productive given that it has rained for three days. High points this week has been to press publish on the Christmas short story paperback. I have ordered a proof copy before ordering the hundred copies we hope to sell for Chindi. That will give us a very small profit, given that we will be giving free copies to those that contributed stories and sending off a few review copies. However, I am pleased to announce that I have a story in the book. It’s based on an ancestor of a lady I met a year ago in Tasmania. She told me that she was descended from Charlotte Ayling who was transported from Chichester and had lived in Boxgrove. When the Bee Choir Sings is my imagining of her final Christmas in Sussex.

I have also completed my last but one edit on my children’s book. I am waiting now for the illustrations and must get my head around the cover.

Low points have been beginning a course of dental work which may or may not work and will cost an arm and a leg. Worse was attending yet another funeral – this time for an old work colleague. A much-loved, sweet lady, a few months older than I and a lifelong lover of books. Our paths had not crossed much since we both retired, however, if we ever met on the promenade, we stopped to chat and I was reminded of how much I liked her. She and her husband collected books and held book sales. Books were her passion. RIP Jenni.

Writer, author, amateur historian and traveller
View all posts by Rosemary Noble →
This entry was posted in Book Cover, Bookshops. Bookmark the permalink.

3 Responses to Bookshops and Book Lovers