Posted on February 5, 2018 by Rosemary Noble

Within the last year, I have read four novels set between 700 A.D. and 1066. Before that none that spring to mind. I’m not sure that I will become an aficionado of the genre but I have enjoyed each of them. Two of them were specifically set in Sussex, my present county, two were by women and two were by an old school mate, whom I have not set eyes on in almost sixty years. We rediscovered each other via another friend eighteen months ago and we now have a mutually supportive but virtual friendship.

Let me begin with John’s books. 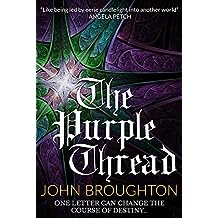 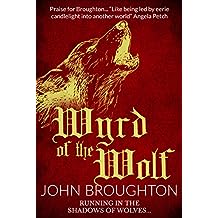 The Purple Thread mostly takes place in Europe as the protagonist escorts and abbess to her new convent. He battles not only with the many opponents who want to hinder him but with his own beliefs as Christianity shoves the old Gods aside. It has a very dystopian feel to it. There’s lots of action and atmosphere and you get a real feel for the lawless Dark Ages. Wyrd of the Wolf is not a sequel and is set in Sussex and the Isle of Wight. Christianity is beginning to take hold on England. What must it have been like to be alive in those times amidst constantly warring factions when both . body and soul are being pummelled by competing forces? It certainly made me look upon my county in a new light. I enjoyed figuring out the places by the Saxon names. Immense amounts of research have gone in to both of these books but that doesn’t hold up the action. John has written two more books to be published later this year.

The next book is The Handfasted Wife by Carol McGrath, the first book in a series. This is the tale of 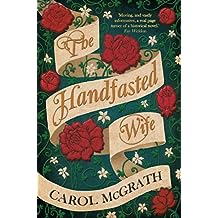 Edith Swanneck, the handfasted wife of King Harold. The plot deals with the run up to the Battle of Hastings and its aftermath. It is very much told from the women’s point of view. Edith is first supplanted by a new wife as Queen to Harold and then progressively loses first her husband, then home, then sons. I could really empathise with Edith as she battles to save her family. For anyone interested in historical novels of whatever period, I think you would enjoy this book.

I finished reading Sons of the Wolf by Paula Lofting last night. It is set mostly in East Sussex and in the years leading up to the Battle of Hastings but while Harold is still Earl of Essex. It is a more intimate novel about the family of Wulfhere. It opens as he returns home from Dunsinane where the Scottish King Macbeth has been defeated 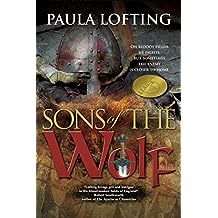 and ends just after the Battle of Hereford, but most of the action takes place in Sussex where he lives with his wife and children. Wulfhere is likeable, honest but a flawed character. He feuds with his jealous, unpleasant neighbour and alternatively with his wife and children. I could relate to him and his family as it transported perennial issues into a bygone age, adultery, sibling rivalry, envy, coming of age – it’s all there. There is a sequel and I am longing to know what happens to Wufhere. Although I am now beginning to understand the Saxon references,

I still find the Saxon names confusing. I am too lazy to write down the character’s names as they are introduced so I stumble occasionally. But for all that, I have enjoyed being transported to these ancient times.

Writer, author, amateur historian and traveller
View all posts by Rosemary Noble →
This entry was posted in Book Review. Bookmark the permalink.