Have you ever imagined what it would be like to live in a town under siege from bombs? You see these images on the television of Syria and the Yemen where people are living in not much more than rubble. How does anyone survive, keep going, stay sane? I am writing today about a bombing raid in WW2 which seems tame in comparison with what you see now.

It was our parents 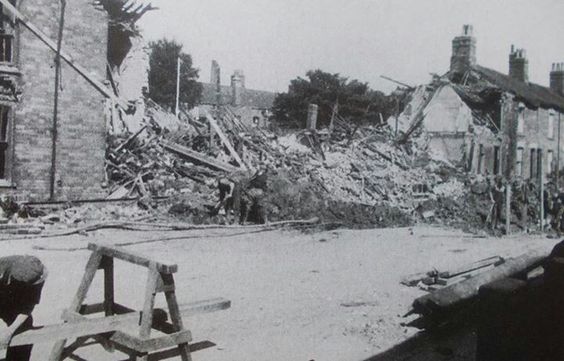 and grandparents who lived through it but did they mention their terror.? No, I probably heard more about the difficulties of rationing than I ever did about aeroplanes coming over and shooting at them or bombing them. And yet, it happened, regularly. How does the mind cope with that amount of constant fear? Do you try to ignore it? Think it will never happen to you? If you have children, you probably have to try and keep cheerful, make light of it, while you are sitting in a dark shelter, knowing that at any minute, you could be dead or horribly injured, or worse, your child dead and you left alive.

Perhaps you develop some mechanism to cope with it. Or is it the stoical, stiff upper lip, while deep inside your bowels turn to water and you feel constantly nauseous with fear. I rather dread asking my remaining aunts about it. I don’t want to upset them. Perhaps it was all so long ago, they have forgotten what it felt like.